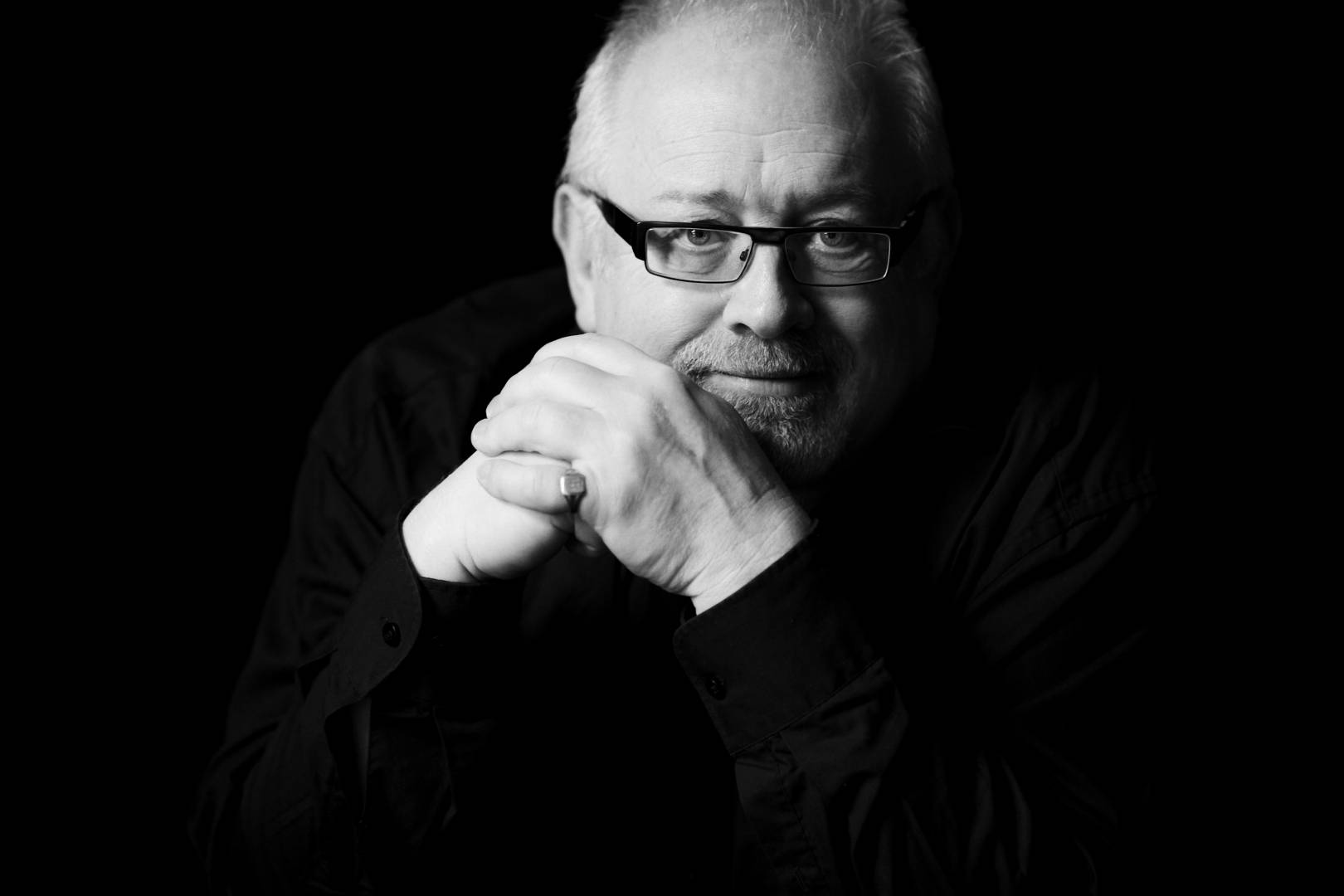 The British baritone David Wilson-Johnson was born in Northampton, studied Modern Languages at St Catharine's College, Cambridge and singing at the Royal Academy of Music in London, where he won many prizes including the Dove Prize for most distinguished student.  In the early days he sang in the choirs of St Margaret's Westminster (Richard Hickox), The London Oratory, (John Hoban) the BBC Singers (John Poole) and the Monteverdi Choir (John Eliot Gardiner.) Since then, over a career already spanning forty years, he has been a guest of the major opera houses and orchestras and festivals worldwide. He has sung under the most distinguished conductors including David Atherton, Pierre Boulez, Frans Brüggen, Sir Colin and Sir Andrew Davis, Charles Dutoit, Carlo-Maria Giulini, Hartmut Haenchen, Nikolaus Harnoncourt, Oliver Knussen, Reinbert de Leeuw, Gustav Leonhardt, Sir Charles Mackerras, Zubin Mehta, Kenneth Montgomery, André Previn, Sir Simon Rattle, Gennadi Rozhdestvensky and Evgeny Svetlanov.

His most memorable concerts have been Mahler 8 with the NYO under Rattle, Tippett's King Priam under David Atherton at the BBC Proms, Henze's Elegy for Young Lovers under Knussen at the Concertgebouw Amsterdam, Ravel's L'Heure Espagnole, and Brahms Requiem under Previn in Carnegie Hall, Pittsburgh and Oslo and Haydn's Seasons under Rattle, plus The Creation (educational projects in Amsterdam and Paris) with Brüggen, Britten's Death in Venice under Montgomery and Enescu's Oedipe at the Holland Festival. He sang Beethoven's Ninth under Leonard Slatkin at the Last Night of the Proms in 2001 after the events of 9/11 to a worldwide audience of 340 million.

Discography: Over 200 CDs including Tubular Bells and Ommadawn (Mike Oldfield), the film Give my regards to Broad Street (The Beatles), and more traditionally works of Bach ( Cantatas with Leonhardt, B minor Mass with Giulini)  Beethoven (Fidelio with Mackerras), Stravinsky  (Knussen), Schoenberg (Knussen and Robert Craft), Ravel  (L'Heure Espagnole, L'Enfant et les Sortilleges with Previn), Frank Martin's Jedermann Monologues (Matthias Bamert). Mahler 8 with Simon Rattle.  Since student days he has worked with the pianist David Owen Norris and together they have recorded many recitals including Schubert's Winterreise, songs by Finzi and Quilter and many first performances of works written for them ( Michael Berkeley, Edward Cowie, Trevor Hold, Lutoslawski,  Tippett) and Stravinsky and Tschaikowsky.

In 2006 he decided to retire from the operatic stage and his last performances were the title roles in Tippett's King Priam (Nationale Reisopera and BBC Proms), Albeniz's Merlin (Teatro Real Madrid), Shostakovitch's The Nose under Gennadi Rozhdestvensky (Netherlands Opera) and Messiaen's Saint François d'Assise (Edinburgh Festival).

Recent concert projects included a tour with Sir Simon Rattle and the Orchestra of the Age of Enlightenment of Schumann's Paradies und die Peri as well as  tours with Frans Bruggen and the Orchestra of the 18th Century singing Die Schöpfung and Beethoven's 9th Symphony. He sang performances of La Damnation de Faust with Charles Dutoit with the Bavarian Radio Symphony Orchestra. the Sydney Symphony, the Chicago Symphony, the Philharmonia and the Philadelphia Orchestra. He recently recorded  Romeo et Juliette (Berlioz) with the Philadelphia Orchestra. He sang Elias in Strasbourg under David Hill, the title role in Owen Wingrave in Tapiola with Stefan Asbury, Tippett's A Child of our Time with Sir Andrew Davis and the Royal Philharmonic Orchestra and Elgar's Dream of Gerontius under Vladimir Ashkenazy with the Sydney Symphony Orchestra.

He is very proud of his long standing musical collaborations with Charles Dutoit and future plans include more performances of Ravel's L'Heure Espagnole with the  Boston Symphony, the Orchestre de la Suisse Romande and the Los Angeles Philharmonic.

David Wilson-Johnson teaches in Amsterdam and London and is a Fellow of the Royal Academy of Music.

He lives between houses in Amsterdam, Lincolnshire and the Dordogne valley.